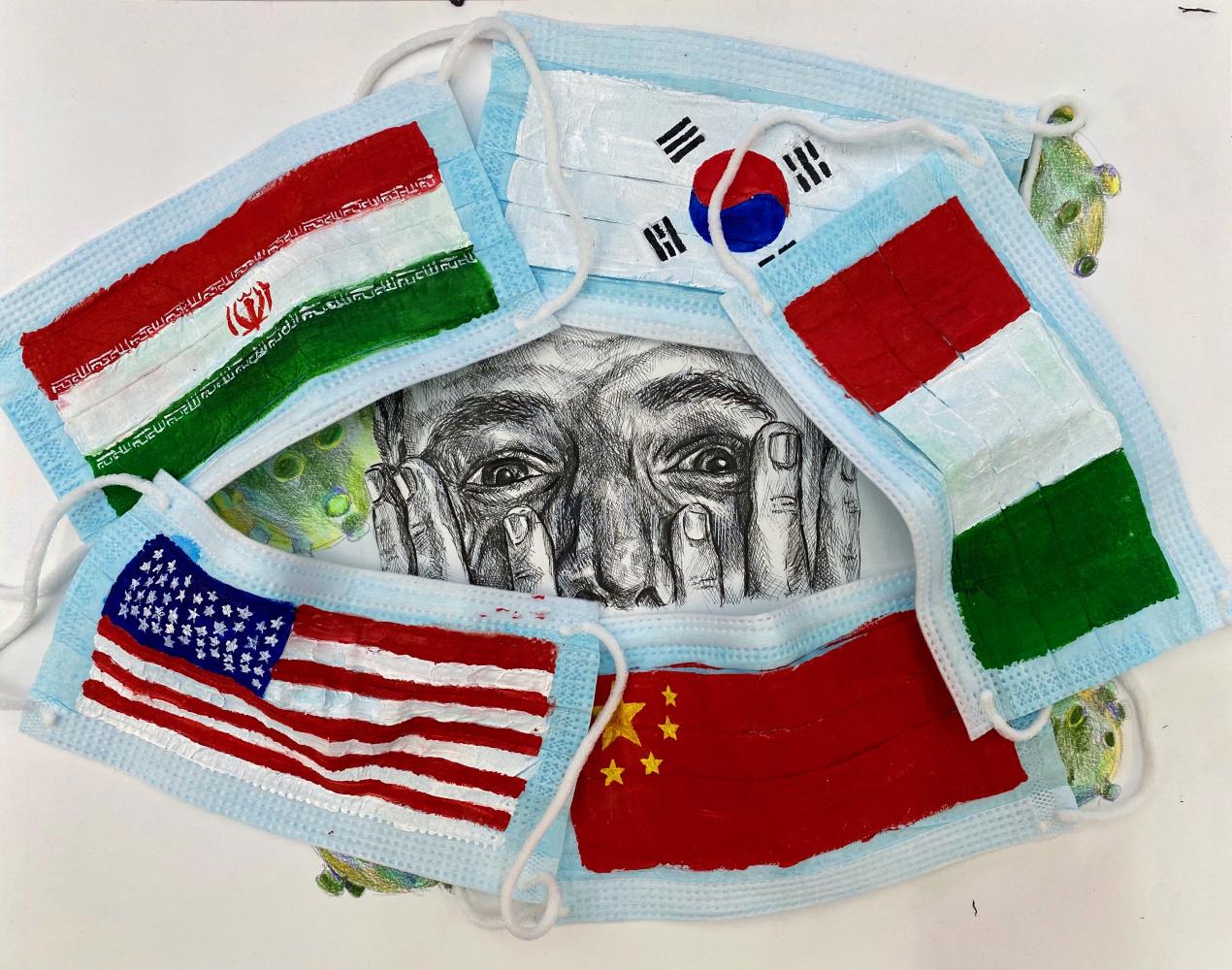 || By: Mofe Akinyanmi ‘21 || During the COVID-19 pandemic, many things have been halted. Schools, public transportation, and major events  have all had to take a pause for public safety. However, some 6th formers have not allowed the virus to halt their progress, and have taken the stay-home order as an opportunity to continue their artistic endeavors.

In the jazz band and orchestra, Director of Instrumental Music Margaret Neiswender has been working hard to make sure that musicians are able to continue their musical journeys while away. A  hashtag, #songsofcomfort has been used by musicians to tag videos of themselves playing music as a way to express gratitude to the essential workers. Neiswender brought this to Hill’s music program, and students have been submitting songs through a program called Flipagram to share with the community.

Melissa Xu ’20 played a jazz standard called “There will never be another you,” which was originally recorded in 1942 by Woody Herman, but later popularized by Chet Baker. Stephen Giannikas ’20 played “Le Festin” by Camille, most popularly recognized from the 2007 movie “Ratatouille,” on the guitar.

“It’s whimsical and recognizable, and the chords are not the ones I would typically use,” Giannikas says.

Visual artists have also been showcasing their talents at home. Alejandro Toro ’20 is co-writing a comic with his friend  Adam Ying, whom he met at the Pratt Institute Pre-College Summer Program.

“The story is a sci-fi western set on a small desert planet,” Toro said. “We follow Manu – the only person who lives on the planet and the last survivor of his tribe. One day while hunting in the desert, a giant warship crashes from the sky.”

Toro drew inspiration from the Spanish colonization of the Pueblos in New Mexico, and movies such as “Lawrence of Arabia,” “1917,” “Once Upon a Time in the West,” and “Star Wars.” Toro and Ying plan to finish the book by 2021, and they are aiming to get it published by Image Comics. Toro is also writing another comic with Ying for the 2020 Webtoon Short Story contest, which is called “The Port Arthur Diary.” This comic is set during the Russo-Japanese War.

Sabrina Messineo ‘20 is working on a portrait for her AP Studio Art portfolio. The piece is focused on a concept called foreshortening, which Encyclopedia Britannica defines as, “a method of rendering a specific object or figure in a picture of depth.” The piece is based on a painting of a girl in a flower field.

“This year I haven’t been able to paint as much as I’d like to, so I decided this would be the perfect opportunity to do it. I also wanted to create  similar subject matter for continuity, so this piece is a girl on a beach,” Messineo says.

Messineo drew inspiration from many sources, but one of the main ones was Jane Austen’s book, “Emma” and the color palette of the latest  movie adaptation. Messineo’s main goal with this painting was to get comfortable with the medium again so that she may do more portraits in the future.

Though many are away from Hill at the moment, there are still a few members of the community who live near or on campus. Instructor of the Arts Diane Richards gathered Tyne Miller ’20, Mariel Pearson ’20, Anna Zitkus ’20, and Giannikas for a photography project on the Hill sign. They used a technique called “light painting” to take pictures where they drew “2020” in the air with LED lights, next to the Hill sign.

“It took many tries to get the picture perfect, but it was worth it,” Zitkus said. “It was nice to see familiar faces and be back on campus for a little bit. I appreciate Ms. Richards for doing this project for our 6th form class and the Hill community.”