Live music returns in the spring 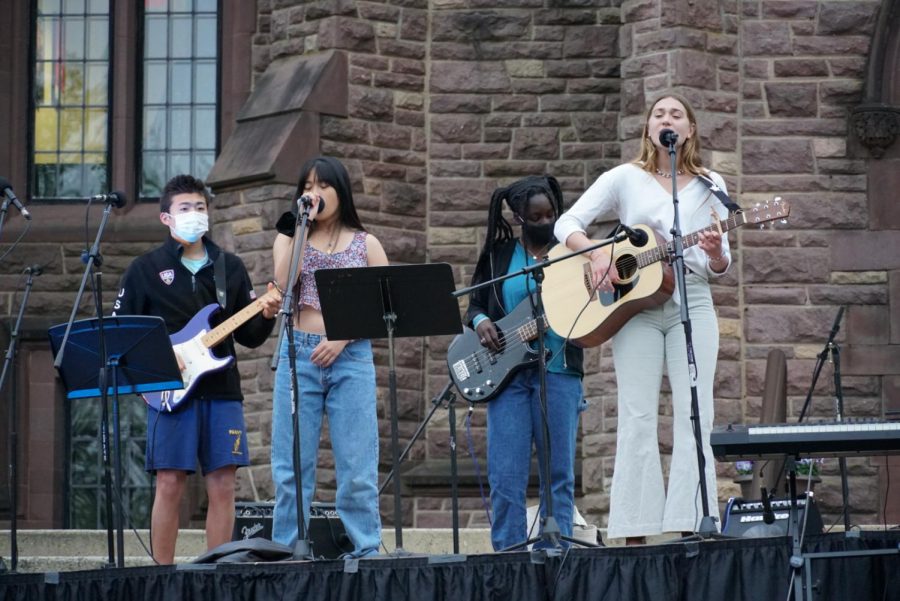 The lights dim as hundreds of students and parents pour into the auditorium. Rows of red chairs gradually fill to capacity, and snippets of whispered conversation can be heard. Students flip through the program while parents catch up with one another, waiting for the conductor to step on the stage. The air is heavy with anticipation, eagerly awaiting the lively performance.

Due to COVID-19, students at Hill have not performed live music in over a year. However, with recent vaccinations and other campus safety protocols implemented, live student performances will be returning in the CFTA this spring. Margaret Neiswender, senior master of the arts, has given the following tentative dates: the Hill Jazz Ensemble will perform on May 12 at 7 p.m.; the Hill Orchestra will perform on May 13 at 7 p.m.; and the Dance Recital will perform on May 14 at 8 p.m.

“All of these indoor performances will be with a reduced capacity residential community audience,” Neiswender said. “We are hoping to livestream the performances as well.”

Dr. Kristen Spencer, the school’s medical director, has guided Hill’s music program throughout the pandemic by implementing physical distancing measures for musicians and using bell coverings for wind instruments. “These efforts are what will ultimately gain her approval to hold a live concert,” Neiswender added.

As for Hill Vocal Music, they performed a live concert on April 24. “It will be a Saturday night outdoor event, instead of a traditional Friday night,” Yoon Soo Lim, Oaklawn-Tuttle director of vocal music, explained in advance. “It won’t be super long, and it will be open to residential students and faculty.” The concert, which also featured a student band, was held in front of the library.

Because of COVID-19 safety parameters, Hill Tones and Trebles performed the traditional candlelight services digitally last fall. “The choir was able to record three Christmas carols, and everything was virtual,” Lim said. “We’ve had a long time in isolation, and we would have to retrain to practice performing together again.”

This year has been unpredictable in many ways for Hill students and musicians. “The band has adapted and proven itself capable of preparing for something entirely new,” Max Robertson ‘21, co-president of the Hill Jazz Ensemble, said. “This final concert will be something familiar yet completely different  – we hope to see you there!”