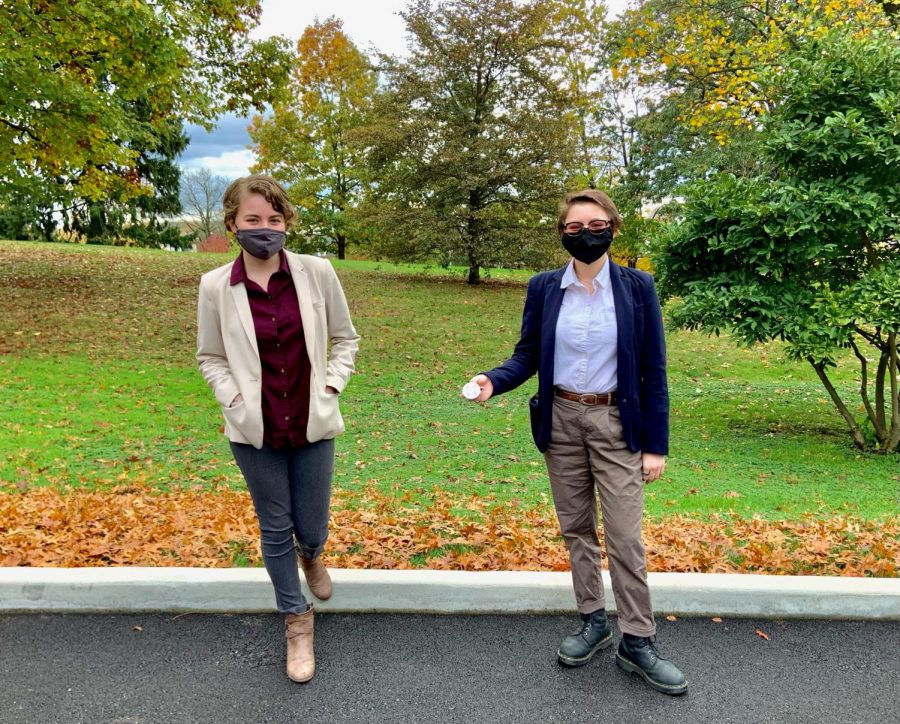 HASOGI has held many events on campus this year. Photo By Harliv Singh '23

In an ideal world, The Hill School would be a place where everyone feels represented regardless of their sexual orientation and gender identity. That is what HASOGI (Hill Advocates for Sexual Orientation and Gender Identity) is working to achieve. Created in 2012 by Brielle Smith ’16, HASOGI is a student-led organization that gave Hill’s LGBTQ+ community a voice. This year, co-presidents Lillian Rizek ’22 and Arwen Lutwyche ’22 plan to focus on the advocacy and education aspects of HASOGI.

“We’re not made to be a social group. We’re meant to be like a safe space, yes, but also really to advocate for the LGBTQ+ community,” Rizek said. “A significant part of that is trying to do educational type events.”

One such example was a two-part event in October: a showing of the documentary “An Act of Love” and a talk by Rev. Frank Schaefer, the documentary’s subject. In his speech, Schaefer explained the concept of Progressive Christianity and how it accepts the LGBTQ+ community. He affirmed that queerness and Christianity are not mutually exclusive. The talk sparked several meaningful questions and conversations among the students who attended.

Another goal for HASOGI is to provide people in the Hill community with the language to discuss gender identity and sexual and romantic orientations. Rizek and Lutwyche want them to be something that people can talk about despite them being somewhat awkward topics.

“Once you’re in a group or community, it can be kind of hard to remember that most people outside of the community have no idea what a lot of the language and terms mean,” Lutwyche said. Many people are familiar with terms like “male”, “female”, “gay”, and “straight,” however, as Rizek mentioned, “there’s so much more depth to it.”

Currently, HASOGI’s methods of providing people with information include educational posts and infographics on their Instagram (@hillhasogi). Both leaders hope that “ideally in the near future, Hill becomes a place where people know these terms, and can talk about them in an accepting and not exclusive way.”

Faculty advisor Lauren Hoyt, who has been a part of HASOGI since its founding, is quite proud of how much the club accomplished over the years.

“The club has worked really hard to become a vocal part of the community…a noticeable part,” Hoyt said, “One of the biggest things we did was to get the symbol out so that students saw that it was available. To me, that visibility is really, really important.”

Hill is not perfect, but that is exactly why there are groups on campus like HASOGI-, to make sure that all students feel included.