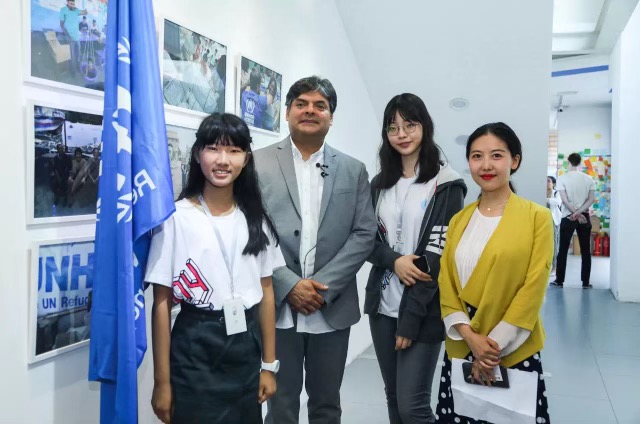 Normally, when you think of curators of a museum, fourteen-year-olds don’t come to mind. Yueming “Maggie” Qi was one of twelve chosen to curate a museum called Enjoy Children’s Art Museum. “They chose twelve different children from different places in China and we all came together to, like, curate this museum that was made for children,” she recalls.

She was put into a group with three others and they chose a maze theme to showcase their painting exhibition. “So for our group we did a theme on maze. It was a very dark maze. We did curtains all over the exhibition so people can walk in the curtains, like a maze, and then they can use their flashlights to check on the pictures.” The twelve children only had a small portion of the museum to work with as the museum, Qi stated, “is a big museum and it has these visiting artists every single month.”

prominent museum in Beijing, called 789. “I saw this post online, like an article, and they said if you want to apply for being a curator, you can go, and I thought it would be interesting.” When she got chosen it took three months to think, organize, and present this project. They then modeled the idea on a computer to be able to see the effect they wanted on the exhibition and made it come to life.

Qi closed with what she’s most proud of this experience. “When I saw my thoughts on the exhibition appear, like, in real life, in the exhibition hall.” She pointed out that seeing the maze and the curtains come to life and walking around was “like you’re participating in the exhibition.”