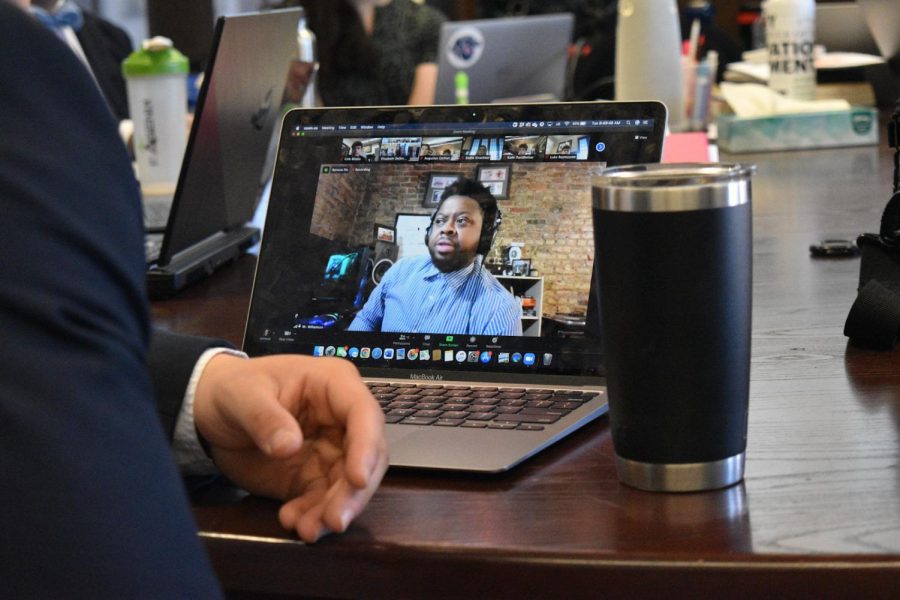 MSNBC director Philip Williamson is active in the newscasting world with work experiences in a number of different channels including Fox News, NBC, and ABC. Due to the nature of his job, Williamson has covered ground in Philadelphia, Shreveport, La., New Orleans, and New York City. He joined Hill journalism students to share his stories on May 17.

Williamson studied digital communication at LSU Shreveport and developed interests in radio, television, and arts. After graduating from LSU he got a job at a local news studio in New Orleans. Gradually, Williamson shifted towards directing following his role as a technical assistant.

“Within like three or four months, I knew I didn’t want to just stay in cameras or audio. I wanted to be a director,” Williamson said.

Becoming a director was by no means easy. Williamson said that it took him about seven months to become a director. He made sure to tell the class about the hard work he needed to put in to get an opportunity.

“I would stay after work every day, until about two in the morning, and just learned how to work a manual live switcher,” Williamson said.

To put it into simpler terms for the class, Williamson explained that he is responsible for making what viewers see on television come to fruition. Another important note the students took away was the importance of the director actually knowing the information they are projecting onto the screen.

Williamson gave the students resources on internships towards the end of the Zoom conversation. He closed the meeting by questioning the students about what they wanted to do in the future, creating room for thoughts for the Hill journalism students.

“I admire Mr. Williamson’s work ethic and his dedication to his directing job. After this discussion, I am definitely more interested in the news reporting field,” Hill journalism student Peter Galindez ’23 said.