Crowds are returning to stadiums for live games after long waits 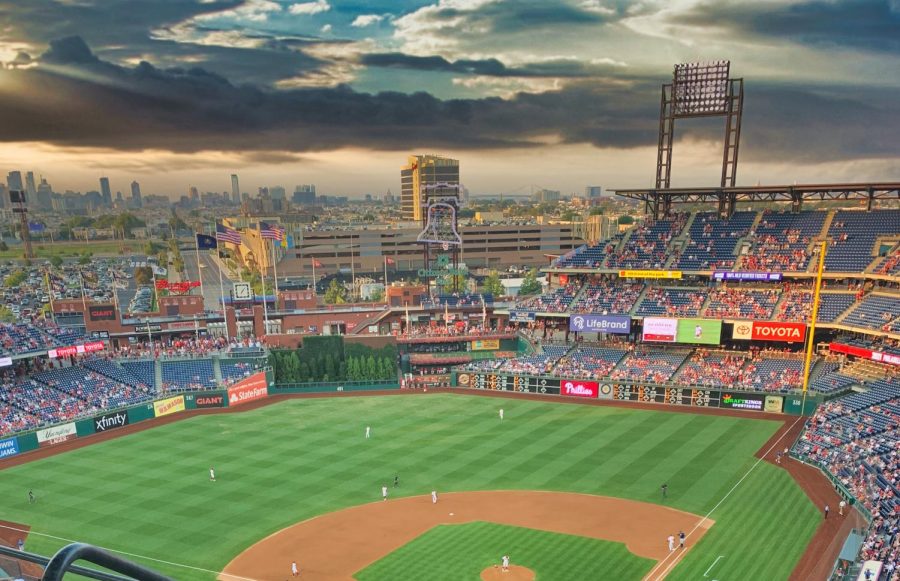 The Citizens Bank Park in Philadelphia under the sunset.

COVID-19 sent a wave throughout America, leaving stadiums empty for live performances. Finally, with the vaccination rate going up, fans have been allowed to attend live sports games for the first time in months.

The return of live sports has been meaningful to many people. In some cases, there has been a large change in the sporting environment after the pandemic.

Will Schneider, a 5th former at The Hill School, said, “I watched a lot of games over quarantine. The fake crowd noise was terrible. It was still fun, but boring.” Schneider is happy to have live sports back.

When stadiums were beginning to open up to the public, the National Hockey League was in the playoffs. Fans were not in attendance for any playoff games the season before.

Tyler Chenevert, a 6th former at The Hill School, went to the first hockey game at TD Garden, in Boston, with 100% capacity since COVID-19. Chenevert said the crowds “were more electric than ever.” The fans were “buzzing to be back.”

The environment at live sports games has changed since the pandemic. Chenevert said this will not be permanent.

Chenevert said the “excitement at games right now is currently off the charts. But in 10 years, nah.”

Schneider was in attendance for a San Diego Padres home game in July. This was weeks after the first game with fans had occurred.

“It was exciting for sure, but more normal. The hype had died down,” Schneider said.

Quarantine for the COVID-19 pandemic kept Americans around the country cooped up in their homes for long periods of time. A majority of that time was spent in isolation and distant from others, and Schneider emphasized that being allowed back in stadiums has brought a new meaning to sports, and that he will not take live sports for granted.