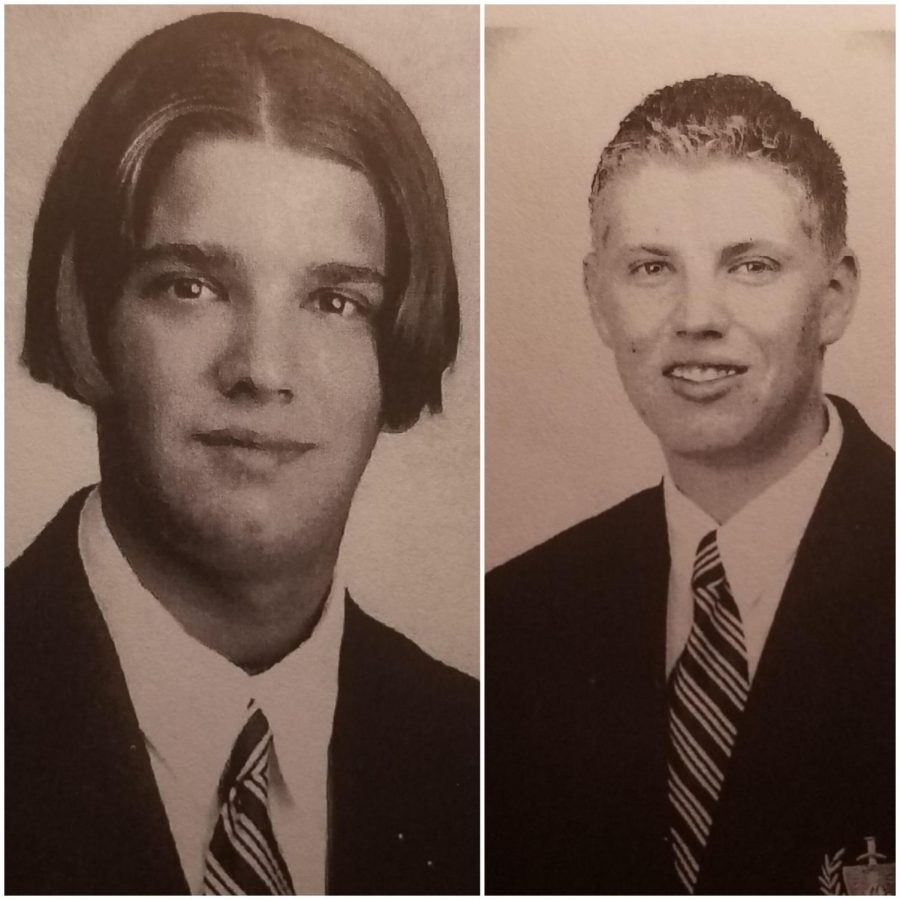 When thinking about the Trump brothers, Donald Jr. and Eric, one might think of their father’s administration, Twitter feed, or satirical Saturday Night Live sketches. However, some would recall their years spent as students at The Hill School before their rise to national and political fame.

Donald Trump Jr. ’96 and Eric Trump ’02 were quite involved in student life during their time here.

Donald Jr. was the editor-in-chief of The Record (Hill’s literary magazine), photography editor of The Dial (Hill’s yearbook), a prefect, member of the East Coast Club, Ski Club, the Sailing Club, the Canine Club, the 70s Revival Club, and president of the Gun Club. Donald Jr. was also involved in student activities, hockey and lacrosse.

His younger brother Eric was a prefect, archives editor of The Hill News, member of JV boys hockey and participated in Hill’s woodworking class and Community Service afternoon activity. Notably, Eric was a part of the last 2nd form (eighth grade) class before Hill became an exclusively four-year high school.

Many current faculty members have worked at the Hill long enough to have spent time with the Trumps.

“I knew both the boys. I had them both in the college counseling process while they were here, they were generally regarded as really nice kids,” Instructor of World Languages Joseph Lagor said. “During their time here, we had more contact with Eric; he lived in our dormitory for two years in a row and, when he returned as a trustee, he would always stay in our house when he was back for meetings. So we maintained a nice relationship with him.”

Lagor and his family were invited to both the Trumps’ weddings but attended only Eric’s.

Edward C. Congdon Instructor of English Ned Ide served as the adviser for The Hill News when Eric was on staff.

“I taught Eric. He was in our journalism class and Eric was our archives editor,” Ide said. “He would dig through the old archives and run stories, an interesting take on the history of the Hill. He did his job dutifully, and he was a kind, helpful young man.”

Their connection to Hill lasted long after their graduations.

“Eric has been a highly engaged alumnus of the school since graduating and served on our Board of Trustees for two to three years,” current Hill Headmaster Zachary Lehman said. “I don’t know of any active involvement by Don Jr.”

Louis Jeffries, the Head of Archives, who has worked at Hill for 21 years, said that Eric stepped down from the board upon his father Donald Trump’s decision to run for president in 2016.

Some might suppose that Hill’s relationship with the Trumps, currently one of the most powerful families in America, have had a large effect on the school. However, according to people who were here to see the Trumps’ presence on campus, their long-term influence is debatable.

In the spring of 1996, Donald Trump visited the Hill to deliver the keynote address at Career Day, an address that was “less than memorable,” Lagor said. There, Trump told students to never give up and to not take no for an answer.

“I don’t think Donald Trump has had very much to do with the Hill,” Jeffries said. “I understand that when he’s been approached to give money to the Hill, he said that his sons who attended the school can donate if they want, but he didn’t really want to give money, so he didn’t.”

As library archivist, Jeffries seeks out and sorts inventories and files materials such as documents, letters, scrapbooks, emails and more. He also receives and responds to inquiries from alumni and the general public about the history of the Hill, especially about its graduates. Independently, Jeffries has been researching the history of the Hill since 1960, or what he calls “The Age of Diversity.”

Despite the controversial reputation of the Trump family today, general opinion according to Jeffries is that the Trump brothers were seen as normal high school students. Although many label The Hill School as “the place where Donald Trump sent his sons,” the school seems to have moved on, whether purposefully or not, since the president’s 2016 campaign.