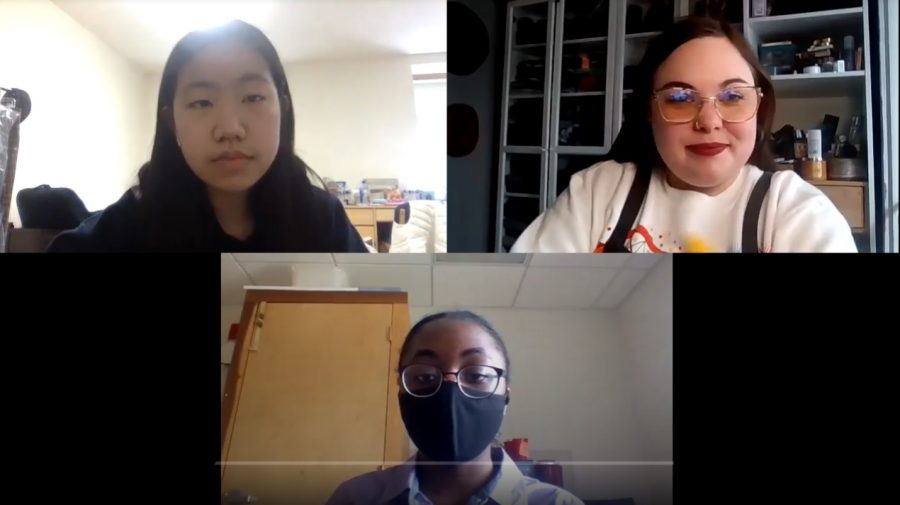 After the death of George Floyd at the hands of former police officer Derek Chauvin, both America and the world came to view racism as a pandemic. While racial frustration came to a boil during the summer months of 2020, another less publicized pandemic was happening under most of our noses: domestic abuse.

For individuals or families experiencing domestic abuse, it can be incredibly difficult to find a safe place to stay or resources to help them out. For these people, domestic abuse can often feel like a dark void with no hope or escape. That’s where organizations like Laurel House step in. Located in Norristown, Pa., Laurel House is a domestic violence agency that serves people in Montgomery County.

Laurel House’s services include a 24-hour hotline and textline, a house shelter, preventative programming through schools, court accompaniments, hospital accompaniments, two thrift stores (Laurel’s Loft and Marian’s attic), and much more. However, these have all been altered due to COVID-19. Many of these services must be administered through Zoom or, in the case of their house shelter, have a limited capacity.

“We’re still providing services, it just looks a little different,” Laurel House’s Community Education Coordinator Lydia Lynes said. “We’re easing back into normalcy little by little, meeting with clients in person every now and again, trying to keep our distance. We’ve definitely had to adjust like the whole world has!”

COVID-19 not only impacted the nature of their services, but also the participation in them. Amidst the height of the pandemic, many domestic abuse organizations and hotlines experienced a sharp decline in calls.

Lynes reflected on the situation, saying, “Our hotline calls went down pretty substantially. Things were very quiet back in March and April. We were not able to get in touch with many of our clients because they would typically come to us, come in for counseling, we were able to see them in the community, and they were able to get away.”

What Lynes described is a clear example of statistical patterns concerning domestic violence during the early months of the pandemic.

According to a scholarly article published by the New England Journal of Medicine, “In some regions, the number of [hotline] calls dropped by more than 50%. Experts in the field knew that rates of IPV [Intimate Partner Violence] had not decreased, but rather that victims were unable to safely connect with services.”

As the New England Journal stated, domestic violence hadn’t decreased at all. In fact, it increased during the time that victims were trapped at home with their abusers, isolated from their resources and support systems.

Fortunately, Laurel House and the world has been getting back on their feet.

Hill has also decided to aid Laurel House. In April, the Student Philanthropy Council decided to award them $1000 for four sanitizing stations to be placed in their counseling office in Pottstown and their thrift store in King of Prussia, Pa. As Laurel House transitions back to in-person services, the sanitizing stations will ensure a safe reopening.

“We would not be able to do the work that we do without donations. Pretty much all of our donations go straight to clients,” Lynes said. “Even now, we get a huge donation every week or so, and it goes directly to clients whether it’s food, clothing, sanitizer, masks, or toilet paper. It’s so amazing to see the support of the community.”

Donations help organizations like Laurel House to administer their services, but Lynes believes that, in order to attack the root cause of domestic violence, people should start by having more difficult conversations.

“I tell people that I would absolutely love to not have a job because then we’ll know that domestic violence doesn’t exist and that we’ve solved this problem,” Lynes said. “But until then, we have to have this job and we have to be doing this work. I am big on prevention, and I believe that it is completely possible to stop a situation from happening in the first place. That place starts with having conversations and being open.”