How an authoritarian regime can oppress the view of the public 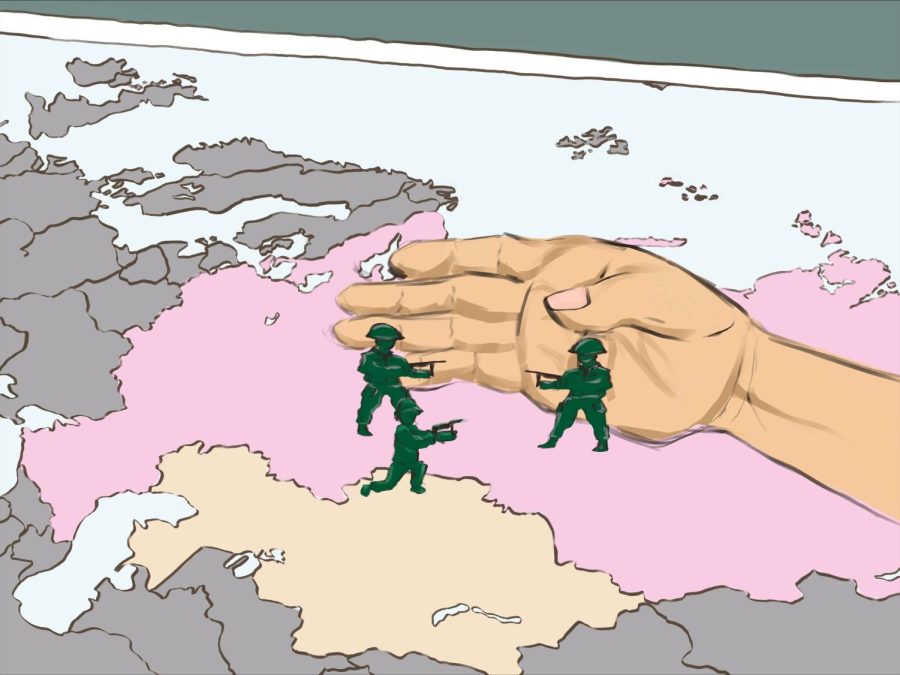 Authoritarianism is the political system with tight social control mechanisms oftentimes characterized by undemocratic leadership – Kazakhstan is one of many authoritarian regimes where political opposition has little to no effect on government policies. On Jan. 2, however, surging fuel prices turned Almaty, Kazakhstan’s largest metropolis, into a conflict zone.

The lifted price cap on liquified petroleum gas – the fuel that Kazakhstanis use for their cars – was not the only sole reason for the protest, as many people entered the streets enraged by the economic disparities within the country. According to the New York Times, the average salary in Kazakhstan is about $570 a month. The protesters demanded the removal of political icons that have been ruling the country without any substantial opposition since the fall of the Soviet Union.

With buildings and cars burned down, street shootings, stores closed from the fear of mass looting and roads and neighborhoods blocked, some Almaty residents lost access to food and necessities as only small shops were open. In order to curb the protests, the government decided to shut down the internet in Kazakhstan, to manipulate the protests and opinions of the people

Vladimir Putin, the president of Russia, sent in special forces and officers from Moscow to help suppress the protests. Jon Herbst, former U.S ambassador to Ukraine and Uzbekistan, said, “If this intervention fails — and if he feels to be safe he needs to send in 30,000, 40,000, 50,000 troops — then he might have to deprioritize Ukraine.”  Daniil Krislov, an expert in Central Asia and editor of Fergana, said that by inviting the troops in “Tokayev gave a real gift to Putin.” He added, “Putin is happy to use any opportunity to expand somewhere, be it Ukraine or some other unstable country where a good helping hand of Moscow might be needed.”

After World War II, the western part of Ukraine merged with the Ukrainian Soviet Socialist Republic, which in result made the entire country a part of the Soviet Union. In 1991 they gained independence, which was then followed by the dissolution of the Soviet Union. When Ukrainians overthrew their pro-Russian president in 2014, Russia increased Ukraine’s southern Crimean peninsula and defended separatists who took over parts of eastern Ukraine. Russia and Ukraine have been in conflict for some years now, and the reason this threat is being taken as seriously as it is, is because Russia has invaded Ukraine before, and with their history, Russia is more than likely to invade.

The threat happened because Russia wants to prevent Ukraine from joining NATO, a defensive alliance of 30 countries. Russia does not want Ukraine to join NATO because they see it as a threat. If Ukraine joins in an alliance with NATO, a very powerful alliance, Russia feels that their borders and national security will be threatened. Putin has demanded that NATO does not allow Ukraine to join, otherwise he will issue an invasion on Ukraine. NATO has replied that there is no means of Ukraine joining the alliance this soon and that Russia’s demands are nonstarters. Russia has positioned troops on the borders of Ukraine, and Ukraine has the help of the United States, which has made both sides even more tense.