It is time to acknowledge poverty and disparity in Philadelphia 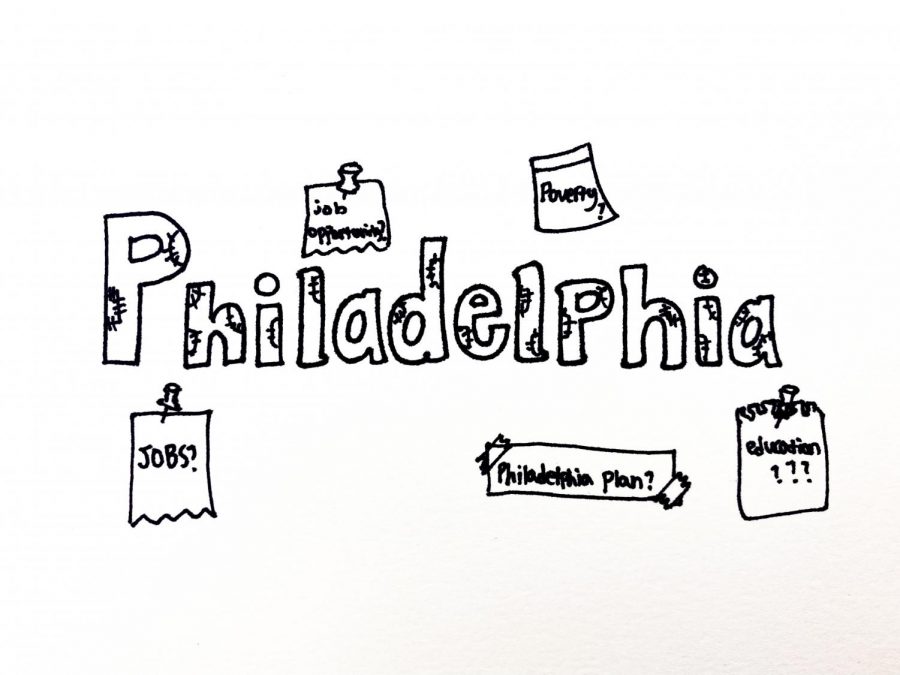 The city of brotherly love: Philadelphia. Unfortunately, poverty has been embedded in Philly’s identity for a long time. According to the U.S. Census, Philly’s poverty rate only increased since 1970. In a 2004 Johns Hopkins article, a study concluded that the racial-ethnic disparities in health are closely tied to economic disparities and the influence of socioeconomic forces on urban populations. 58% of Black residents resided in high poverty areas, while only 18% of white residents were in the same areas. The age-adjusted mortality rate in the high poverty areas was 47% higher for women than in the low poverty areas and 60% higher for men in high poverty areas than men in low poverty areas. In a 2017 Pew report, numbers also suggest a serious racial disparity. One indicator of this discrepancy is the share of Philadelphians living in poverty and non-poverty areas. People of Black, Hispanic and Asian descent disproportionately reside in high poverty areas. The fact of the matter is that Philly is the “poorest” large city, according to the Economy League, with severe disparities in race, gender, and age, and this did not happen by chance.

Not creating an environment for people to prosper is the major issue. Of course, this is an international dilemma, but Black and Hispanic people in Philly are blatantly hindered from having higher-paying jobs. For example, Philadelphia construction unions make it difficult for people of color to join, according to James McGinnis of The Philadelphia Tribune. It was so severe to the point where the government initiated a model for affirmative action. However, the Philadelphia plan failed dreadfully. According to the most recent demographic information about union membership, the majority of the construction unions had less than 10% black members. Tony Wigglesworth, who negotiates labor contracts for large Philadelphia building projects, asserted that “the story told today could have been told 50 years ago.”

Another component is zoning. While the federal government made ways for middle-class residents and jobs to move out of the city, suburban areas have used zoning to limit the availability of low-cost housing, constraining the poor inside the city.

What is the best way to at least make a dent? Upskilling is the most practical and low-risk / high-reward method. Upskilling educates people in low-income groups to eventually rise to middle-wage jobs. Targeted job training to become well-rewarded jobs such as home health aides. The best places for people to learn tech-specific training are community colleges. However, community colleges in Philly have been focused on four-year programs and there was disdain for people who chose career tech. If this changes, people will be allowed to freely learn skills. Distributing cash in impoverished areas worked for Kenya, according to an experiment explained on a Freakonomics Podcast in 2013.  However, rather than promoting common prosperity, providing equal opportunity through multiple ways such as upskilling or cancelling zoning will work better for Philadelphia.

Obviously this isn’t the complete solution packet. In fact, this is just the tip of the iceberg to solve such a multifaceted problem. However, with more available data and technology, we are closer than we’ve been in the past to alleviating poverty. The question is: Are people willing to admit the racial-ethnic disparity and proceed?