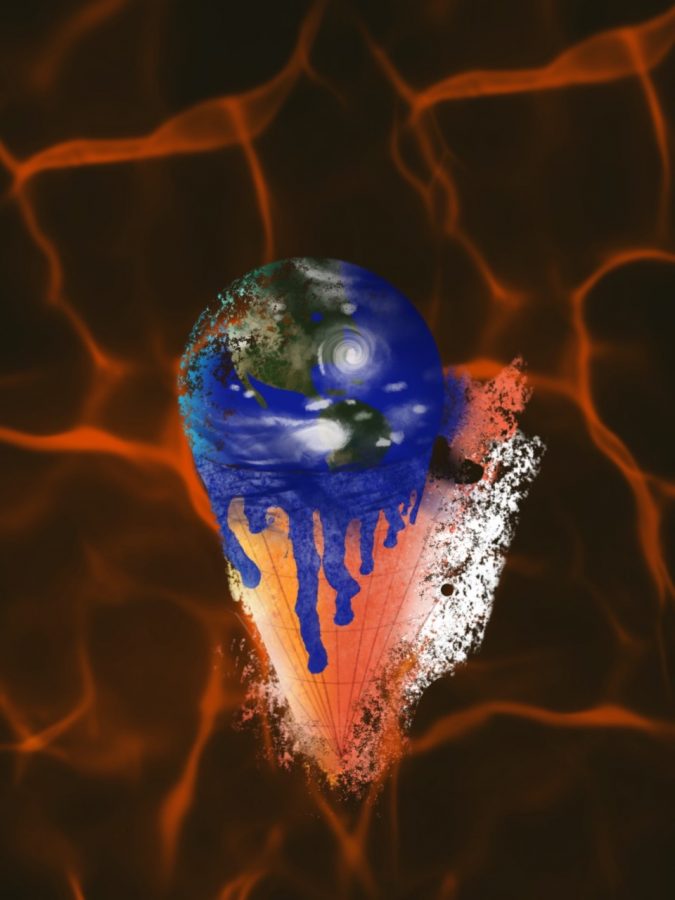 Since the beginning of the 21st century, global warming has been widely acknowledged for the harm it does and the threat it

poses to human survival. Climate change has become a serious theoretical and practical issue that cannot be avoided. As the global climate has evidently changed, many threats such as intense drought, storms, and rising sea levels have progressively crept into people’s daily lives. As a result, climate change is successively becoming a major societal issue that people care about, rather than just a subjective issue. Human activities, primarily the burning of fossil fuels, have fundamentally increased the concentration of greenhouse gases in Earth’s atmosphere. The outcome (planet being warmed up) is causing a slew of new occurrences that are altering the state of human existence with the fundamental reason being that the disasters it produces are unpredictable and global in scope, making climate change a worldwide issue.

“Climate change is undoubtedly a factor in the recent exceptional wildfires. Because of the drought, the grass becomes more flammable, and all these components build up an ideal wildfire weather,” according to Carolyn McNay, a fifth form student at the Hill School who resides in California. The increase of major, deadly fires in California has been fueled by a combination of causes, including extreme drought and heat aggravated by climate change, overgrown forests produced by decades of fire control, and increasing human expansion near forest margins.

Extreme weather is a major consequence of climate change, yet climate change is not limited to the occasional major hurricane or year of unexpected snowstorms. While other nations are experiencing record-breaking summers, several sections of the United States are seeing colder-than-normal winters. Global warming is projected to have far-reaching, long-term, and, in many cases, catastrophic repercussions for the globe.