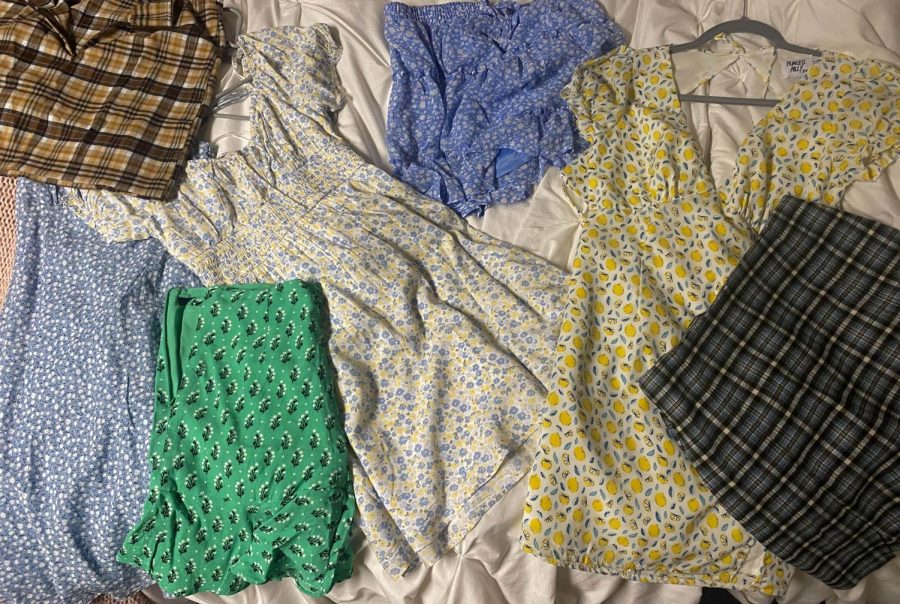 With recent changes to the section of the dress code that applies to those students who identify as female, skirts and dresses must meet new guidelines.

When I heard the recent news about the changes to the dress code, I was disappointed with the administration for their actions. I think the deans’ office could have handled the decision to suspend skirts and dresses differently and with the best interest of students in mind. I heard about the news from a screenshot I had seen on a private story on Snapchat. However, I had not heard this through the direct email the school sent to people who identify as females. When I launched my investigation on the issue, I found that out of the 10 males I had talked to, none of them received the email. Out of the 10 females I talked to, every single one of them received the email. This could be a major issue regarding who the email was sent to and who it was not sent to. I find this subject to be demoralizing that my female counterparts were guilted into feeling that they did something wrong.

Dean of Students Ari Baum didn’t want to make a school-wide lunch announcement as he has in years past, he felt like it was the “wrong way to communicate disappointing news that doesn’t affect all girls, that doesn’t affect only girls, because it was about skirts and dresses.” He continued on to say, “I didn’t want to concentrate on the email or the message where it wouldn’t have been productive.”

The dress code debate has been going on for many years. Fights about this have been circulating around the length of skirts since females were first welcomed on this campus. Deans, co-presidents, prefects, and other leaders of this school have addressed the issue at hand for many years. In an email, Rev. Anne Confer Martens ’02 stated, “It is interesting to see us facing this issue with skirts and dresses again after we went through the same thing in 2018. That included a temporary restriction on wearing skirts, as well.” Despite this being a common issue over many years for women of The Hill School, nothing has changed.

However, styles have certainly adapted and it isn’t as easy for students to adjust their wardrobe in the middle of an academic school year. The same people who ban skirts, dresses, or create new alterations to the dress code do not consider how this may affect the community members financially. This is a significant problem. Students’ closets look vastly different across Hill. I think it is a shame how insensitive the deans’ office was when making this kind of adaptation to the female dress code. The mass email was sent out at 8:42 p.m on Sunday night. This gave the female students 12 hours to figure out what to wear on Monday morning. Many students did not even have a pair of pants that complied with the dress code to wear. The handbook states, “Pants may be khaki, chino or corduroy (any color) with a leather belt or Hill School belt.” According to Lizzie Hopper ‘23, “It’s making getting dressed in the morning harder because a lot of the clothes I brought to Hill are now not in dress code anymore. Specifically skirts because it’s spring and a lot of my pants are at home now and my skirts aren’t in dress code anymore.” Many female students were now forced to buy extra pairs of pants in such a short time period with no warning.

The dress code already excludes many communities on campus. Hill Advocates for Sexual Orientation and Gender Idenity (HASOGI) co-president Lilian Rizek stated in an email, “My concern is mainly for the impact of the dress code on transgender (or otherwise gender non-conforming) students, as the dress code is very binary. Though the wording of the official dress code considers ‘students who identify as…’, students might have to ‘out themselves’ (disclose their identity) to a wide group if they chose to wear dress different than that which matches their sex assigned at birth or their socialized gender.” Putting more restrictions on the dress code further isolates non binary students on campus. Short notice changes further exacerbate this issue.

In an email, Assistant Dean of Students Donna Eilberg and Associate Dean of Students Heidi Eccleston stated “We hope it will help students be more mindful of what is stated in the Handbook, and be more mindful to genuinely comply with the expressed dress code.  While of course we know students are not pleased with this response, students do not seem surprised and while not every student is part of the problem, most students who have spoken with us acknowledge there is a problem.” The dress code, however, already ignores certain groups on campus. Close adherence to the dress code does not support those groups and only continues to marginalize them.

Dress clothes are expensive, and asking people to buy these items on such short notice, negatively affects lower income students. There is a large wealth disparity at Hill, and these sudden changes put undue pressure on students that cannot afford to change their wardrobe. The combination of the short notice, and insensitivity from many community members at the administrative level is disappointing and personally I expected more. I hope that down the line, serious matters such as this one can be handled with the students’ best interest in mind. Moving forward into the end of the school year and into the next, I think that when dealing with matters regarding how students express themselves, that it can be dealt with by thinking about all students’ perspectives.