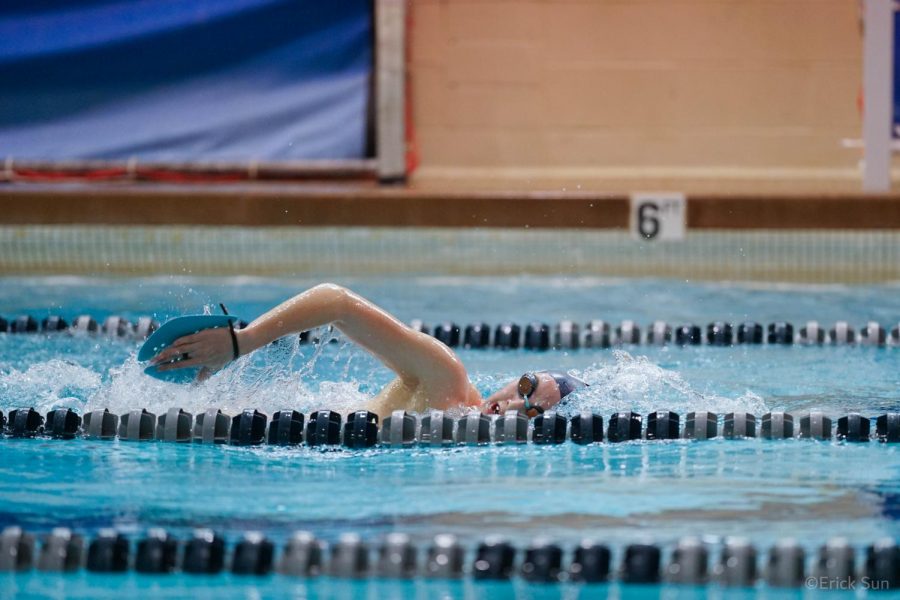 There are many new faces to the program this year, so varsity softball coach Rebecca Shipper ’14 is excited to have a true season this year as well as a few additions to the coaching staff. Shipper is looking forward to seeing these new faces in a Hill uniform as well as what players will step up as leaders this year. Players to watch: Colleen Quinn ’21, Aryanna Bodge ’23, Belle DiCampello ’24

Michael Murphy, varsity boys lacrosse coach, wants his team to be able to play the sport they love. Murphy is very grateful for the 6th formers and wants them to be able to have a season to wrap up high school. He feels the team practices with purpose and would love to see them rewarded with outside competition.. Players to watch: Cory Capri ’21, John Imperato ’21, Brett Reynolds ’21, Will Schaller ’22, Will Lesko ’22, Anthony McMullan ’23, Jesse Corser-James ’23

Varsity girls lacrosse coach Marcela Gaitan says the Hill girls lacrosse team is ready to establish itself as a prominent lacrosse program in the greater Philadelphia region. Every opportunity they have to be on the field to train, practice and compete is a gift they will not take for granted. Players to watch: Tess Gray ’21, Tanner Eccleston ’21, Emma Lewis ’22, Amelia Nordhoy ’22, Annabella Schafer ’23, Soph Coan ’22, Kimaura Shindler ’23, Mandy McCarrick’22

The athletes want to compete; they want to set personal records; and they will continue supporting one another, varsity boys track and field coach William Yinger ’95 emphasized. He feels they are geared up enough to get ready for competition. Players to watch: Jamie Olson ’21, Derek Schmaeling ’21, Andrew D’Asaro ’21, Wyatt Steffy ’21, Sean Parker, ’21, Noah Toole ’22, Rocco Bressi ’23, Nick Bressi ’24

The fencing team got their season switched to the spring due to COVID-19, so head coach Philip Yoo’s goal for this spring is to introduce fencing to as many new students as possible while preparing for next year’s season. This is a huge building year for their program because they won’t have any competition this year. Players to watch: Henry Chen ’21, Johnny Dai ’22, Ruthanne Sandner ’22

Tennis coach Avinash Vemuri’s goals for the season are to develop a culture of consistent work ethic and toughness. Along with this, he hopes to establish the team by their willingness to fight for each point, play high IQ tennis and out-grit their opponents. The coach hopes to continue to build team chemistry and have the team come together as a Hill tennis family. Players to watch: Philippe Jin ’21, Tytus Felbor ’21, Dev Sharma ’22, Will Biggs ’22

Boys golf coach Joseph Lagor believes his players’ goals are to get better as golfers and to represent themselves, their team, and their school in the best possible light. He is looking forward to playing some tournaments this spring season, particularly the PAISSA championship and the MAPL championship. Players to watch: Billy Gussler ’21, Thomas Beaudoin ’22, Nick Rafetto ’22, Lucas Steinmetz ’23

Girls golf coach Beth Allain’s goal is to help her players develop a love for the game. She is looking forward to spending time with the coaches from the other schools and watching the players become friends even though they are competing against each other. Players to watch: Elle Lagor ’21, Gia Seravalli ’21, Ari De Santis ’22, Mackenzie Shultz ’22, Mckay Allain ’23, Lulu Nakagawa ’23, Feir Zhou ’23, Audrey Choi ’24

Training consistently in the pool throughout the season is what the varsity dive team, and coach Jen Kokoska, are looking forward to this spring. They’re also hoping to set up some virtual meets with other schools and plan to post times and dive meet scores to the “Eastern’s Virtual Leaderboard,” which will keep track of best times swum across the East Coast. Players to watch: Michael Wong ’21 and Olivia DeVol ’21

Varsity swim coach Jay Spencer is excited for the training and conditioning aspects of swim this spring, considering the team missed out on a chance to participate in the Low Residency Program this past winter. He is hoping to see the swimmers compete in at least two virtual meets, although many other schools are not having a spring swim season. Players to watch: Michael Wong ’21, Olivia DeVol ’21, Kiersten Dagg ’22, Justin Toomey ’22

Girls crew team member Julia Weiss ’21 strives to get at least one race this year. Her last full crew season happened when she was a 4th former, so she is excited to test her limits this year. She looks forward to helping the new underformers get familiar with the sport and how they do things. Players to watch: Raina Shah ’21, Amber Cao ’21, Audrey Lehneis ’21

Carver Fulmer ’23, a member of the boys crew team, is ready to actually get to compete on the water against other schools this spring season. He always looks forward to time on the water to train, practice and improve in different areas. Players to watch: Eddie Proffitt ’22, Michael Rapp ’24, Jace White ’22